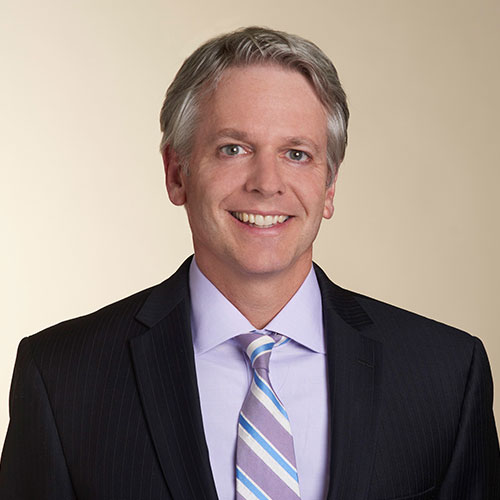 Charles is an experienced trial attorney. For 25 years, he has handled business and financial disputes, and represented companies, individuals, trusts and estates. He has successfully tried many multi-million dollar cases in Massachusetts state and federal courts, and arbitration proceedings, including several “Top Ten Trial Awards” in Massachusetts. He has also successfully briefed and argued cases before the Massachusetts Supreme Judicial Court and Appeals Court. Prestigious Chambers USA has previously recognized Charles as a top commercial litigator in Boston, and Law and Politics Magazine has named Charles a “New England Super Lawyer” in the area of business litigation since 2005. He co-chairs Sheehan Phinney’s Business Litigation Group.

Charles represents businesses in all industries for their litigation needs. Specifically, he handles a variety of matters for clients in the financial industry. He represents private investment funds, general partners and limited partners in actions involving fiduciary duties and contractual obligations, among others. He also represents angel investors and others who invest through financial advisors or registered investment advisors for disputes involving misrepresentations and breaches of fiduciary duty and contract. In a recent trial in Boston’s Business Litigation Session concerning financial investments, Charles won a $1.9 million jury verdict in which the court also awarded over $700,000 in attorney’s fees based upon its finding that the “experience, reputation, and ability of the [Sheehan Phinney attorneys] who tried the case…are top-drawer.”

Charles also represents clients pertaining to shareholder and corporate governance disputes. In this regard, he recently prevailed in the Massachusetts Supreme Judicial Court (Koshy v. Sachdev, 477 Mass. 759 (2017)) in a precedent-setting case involving a corporate deadlock in the operations and governance of a Massachusetts software company. Additionally, he routinely represents shareholders in “freeze-out” circumstances, and other instances involving breaches of fiduciary duties, including a recent case in which he obtained a $5.25 million settlement for a minority shareholder of an independent insurance broker firm in Boston.

Charles handles many matters for his technology and bio-technology clients. Those cases have included corporate governance issues, employment matters, and disputes with third-parties involving unlawful competition practices, trade secrets, and non-competition agreements, among others.

Charles also represents companies in the real estate industry. He represents real estate developers for all litigations needs, whether the dispute arises in the context of the ownership entities or realty transactions, against municipalities relating to zoning and permitting, or construction, tenant and employment issues involved in the operations of their business. By way of example, Charles handled a matter in which he prevailed on behalf of a real estate developer against another developer who made a $40 million claim alleging that a de facto partnership arose between them in the manner they interacted during the purchase and redevelopment of the NECCO Building in Kendall Square (DSF Investors LLC v. The Lyme Timber Company, Inc. et al., 67 Mass. App. Ct. 110 (2006)).

Charles regularly handles matters in the professional services industry. He represents attorneys, engineers, architects and accountants, among others, for a variety of issues, including those that arise from the dissolution of or withdrawal from their professional entities, claims against them from third parties, and various employment issues.

Charles also handles disputes involving trusts, wills, and estates in various contexts. For example, he defeated an $8 million claim seeking to “pierce” several of his clients’ trusts (In re: Raymond, 2015 WL 1810961 (BK.D. Mass., Apr. 17, 2015)) and recover their assets for the benefit of certain creditors. Additionally, he represents parties in high-stakes will contests, including his representation of a prominent New England liberal arts college pertaining to the multi-million dollar charitable subscription made to the school by an alumnus, and which resulted in the distribution of a $7 million subscription to the college in a settlement. Charles also frequently represents parties challenging various accountings in Probate Court. For example, he prevailed in a highly-publicized trial reported nationally in The National Law Journal by successfully challenging the accounting involved in a $5 million guardianship estate (In Re: Kenneth E. Simon, 985 N.E.2d 412 (Mass. App. Ct. 2013)). He also won at the Massachusetts Supreme Judicial Court concerning the use of the anti-SLAPP statute in the context of an objection to an accounting in a guardianship action (In re: William C. Hamm, 487 Mass. 394 (2021)).

In all cases he handles, Charles and his team use cutting-edge electronic-discovery software called Relativity, which allows them to efficiently conduct in-house all essential tasks involved with mining, managing, and using large data in all stages of their cases.

Civic Involvement (Past and Present)