In the course of completing your due diligence into a company you want to buy, you and your counsel evaluate many things, one of which should be the people employed by the target company. Expecting the deal to close, clients of mine often start the process of evaluating the performance of the employees they will “acquire” in the transaction, any territorial overlaps among existing and “acquired” employees, and other factors relating to this overriding question: “After we close this deal, who do we want to keep?”

While existing and new employee performance is being evaluated, companies need to understand that even a jettisoned employee may pose a competitive risk to the anticipated revenue from the combination of companies. Long-term employees of a target company may have strong relationships with key customers and accounts, holding in their palms, laptops and iPhones more goodwill than the acquiring company will generate for many years. Even key executive employees who appear to be “redundant” will, nonetheless, have had access to important competitive and strategic information. With respect to these employees and the employees you may want to keep, an evaluation and understanding of the employees’ post-employment contractual obligations and the enforceability of those obligations is crucial.

An Example — The Acordia Case

A recent case highlights some of the potential problems. As a condition of their employment at Acordia of Ohio, Inc. (“Acordia Inc.”), a group of employees were required to sign non-competition agreements that prohibited them from competing and soliciting customers of Acordia, Inc. for two years after termination. The agreements did not, however, contain the oft-used language concerning the application of the agreement to successors and assigns. After a series of corporate mergers and reorganization as Acordia of Ohio, LLC (the “LLC”), certain of the employees left for a competitor. When the LLC sued, a trial court in Ohio declined to enjoin their employment with the competitor and issued a judgment in favor of the employees, which was affirmed by a middle level appellate court.

The Ohio Supreme Court addressed the question of “whether the noncompete agreements apply only to the original contracting employer or whether after the merger, the LLC may enforce the noncompete agreements as if it had stepped into the shoes of those original contracting employers.” The court affirmed, holding that (1) the LLC, as the successor by merger, had acquired the agreements; (2) the predecessor companies, including Acordia Inc., “ceased to exist” upon the merger; and (3) the two year “post-employment” period began to run, not from the time the employees left the service of the LLC, but at the time of the merger, several years before. In other words, the “post-employment” period when the non-competition agreement was in force, was ticking away while these former Acordia Inc. employees were working for the LLC.

The LLC and a small army of “friends of the court” petitioned the Ohio Supreme Court for reconsideration, asking the Court to consider the following proposition:

“Pursuant to Ohio’s merger statutes, agreements between employers and employees that contain restrictive covenants are assets of the constituent company that transfer automatically by operation of law in a statutory merger from the constituent company to the surviving company and are enforceable according to the agreements as if the surviving company were a party to the original agreements.”

In a rare thing indeed, the Court reversed itself, and reasoned that after a merger, the absorbed or merged company may in fact cease to exist, but was not therefore dissolved at that point in time. This holding revived, Lazarus-like, the non-competition agreements between the LLC and the employees, “as if the [LLC] were a party to the original agreements.”

Of course, this long and costly journey through the Ohio courts might have been unnecessary or at least abbreviated had Acordia Inc. included a provision in the original agreements permitting the employer the right to assign the agreement to a successor, merger partner or acquiring company.

An Acquiring Company’s Checklist for Employees

Acquisition due diligence should include a request for all agreements relating to executives, key employees and sales personnel. Once those agreements are in hand, there are at least these considerations:

Will the agreements be enforceable pursuant to their terms (allowing assignment by merger or otherwise) or pursuant to the relevant corporate law? The agreements should be checked for an express provision permitting the employer to assign the agreement to a merger partner or successors and assigns. Local state corporate law should be evaluated to determine if, in the absence of such a provision, the agreement (as in Ohio) is enforceable as a matter of state corporate law. For example, when a corporation acquires control through the purchase of a majority interest in the target company’s stock, there is simply a transfer of stock ownership rights and does not constitute any change in the identity of the corporation. The agreements continue in force as if nothing had occurred. In a merger, as the Ohio case suggests, one corporation ceases to exist and another continues to exist in a larger form.

Assuming the agreement is enforceable under state law, is the scope of the given agreement valid under existing state case authority? Each state has an often similar but by no means identical body of case law concerning the enforcement of non-competition agreements and similar restrictive covenants. Transaction due diligence will have to include some evaluation of the enforceability of the terms of the acquired agreements under state law. If the conclusion is that the non-competition or non-solicitation agreements are in some way defective or subject to challenge, the acquirer will, at a minimum, need to consider rolling out new agreements to retained employees.

Do any of the acquired employees reside in states with special statutes concerning the enforceability of non-competition agreements and the like? States like California, Colorado and Georgia have statutes that regulate and govern the scope of restrictive covenants and post-employment obligations. For example, under the new Georgia statute, agreements entered into after May 2011 contain a legal presumption that a restraint period in excess of two years is unlawful and unenforceable. In Colorado, non-competition agreements are invalid, except in certain specific situations, such as when the employee is an executive or management employee.

Do any of the employees — and their retention — require special attention? Attention should be given to employees who will need to be retained, who have key relationships and who will be important to integration of the two organizations into one.

Know what you are getting. As I have explained in prior articles, enforcement of non-competition, non-solicitation and non-disclosure agreements against departing employees requires the employer to show, among other things, that enforcement will protect a legitimate right or interest of the Company — in its goodwill acquired over time, and in its confidential information and trade secrets. An acquirer expecting departures, whether through natural attrition or post-acquisition terminations, must determine and must be able to articulate the valid interests to be vindicated by enforcement of the restrictive covenant (that is, the very good, legally legitimate reason for prohibiting Employee X from joining Competitor Z Corp.). The due diligence checklist might then also include a description of the company’s trade secrets as they relate to company products, customers and the employees with access to them.

This is hardly a comprehensive checklist for employee-related issues to consider in the context of a potential acquisition. But post-acquisition employee departures must be expected and game-planned in advance of closing. Employees leave merged, consolidated and acquired companies for many reasons, such as the perceived loss of company culture, the perceived slights from not having been invited into management, and the desire to follow co-workers to a new endeavor. Employers acquiring new businesses and new employees need to be ready to enforce existing agreements, and to do the pre-planning that enforcement requires. 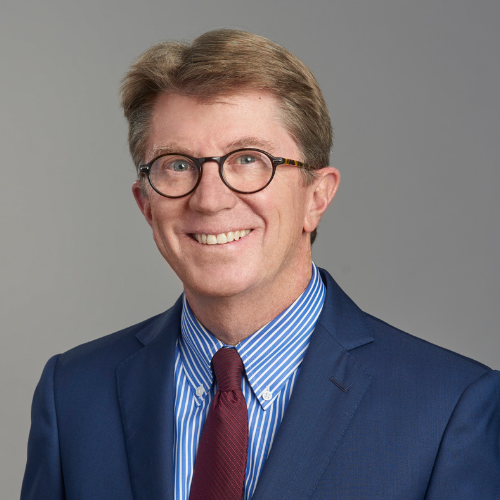