Over the course of the past fifteen years, employees have generally become much more aware of their workplace rights. Nowhere is this more evident than in the area of wage and hour law. Employees know more about their rights, are constantly made aware of additional rights, and are much more willing to bring claims against their employers than in any time in the past. For these reasons, it is extraordinarily important for employers to be sure that their payroll practices are fully compliant with State and Federal wage and hour laws. This is truly not an area in which any employer can afford to be “penny wise and pound foolish.”

During the same time, the U.S. Department of Labor increased its budget by $25 million to focus on dealing with wage and hour complaints. These dollars have been used to hire more personnel with expertise in the wage and hour area and to fund prosecutions of wage and hour complaints. The U.S. Department of Labor projects that over the next ten years these efforts will result in over $7 billion in fines and penalties being collected, which could constitute a substantial return on the Department’s investment.

There has also been an effort to coordinate investigations and regulatory actions between the U.S. Department of Labor and other federal agencies including the Internal Revenue Service, the Office of Federal Contract Compliance Programs and OSHA. The federal government agencies, in turn, are coordinating with state enforcement agencies, including local departments of labor, divisions of revenue, state unemployment agencies, and state agencies responsible for administering worker’s compensation programs. Formal Memoranda of Understanding have been signed between the Department of Labor’s Wage and Hour Division and a number of states, including Massachusetts.

In addition to the fairly straightforward wage and hour claims, employer noncompliance can also have unintended consequences in other areas. For example, if an employer needs to discipline or terminate an employee, the affected employee may well raise wage and hour noncompliance as a shield to termination, or as the basis for demanding severance pay. What would otherwise be a clear and fairly well justified and documented termination can easily turn into a nightmare if the affected employee has a legitimate wage and hour compliant.

It is rare that employers simply do not pay employees for hours worked, and most non-compliant employers typically believe that they are properly compensating employees. That said, there are a few areas into which the majority of wage and hour problems fall. Misclassifying employees as exempt when they are actually nonexempt remains the most frequent wage and hour violation. Classifying employees as independent contractors is a close second. Disputes about commissions and bonuses are a constant source of work for employment lawyers.

Time and recordkeeping compliance provides a number of traps for the unwary employer. Accounting for meal and rest breaks, off-the-clock work, and the use of smart phones and remote computer access are all challenges that need to be met and dealt with.

Given the time of year, dealing with summer interns also presents unique challenges for many. Employers often choose to offer unpaid summer internships to college students. The U.S. Department of Labor has issued a fact sheet, which is attached to these materials in full, which outlines a six point test that must be met in order for an employer to be allowed not to pay a summer intern any wages. As with most tests of this type, there are a few areas that are very subjective. If an employer has any doubt about whether these tests are met, it is far safer to err on the side of caution and pay the intern minimum wage for eight or so summer weeks than to run the risk of being subject to a wage and hour suit or possibly a class action.

Now more than ever, it is extraordinarily important for employers to keep up-to-date about wage and hour laws and to assure that compliance objectives are met. There is no substitute for a full wage and hour audit conducted by competent counsel. While there may be some costs associated with the audit, it will be minimal when compared with the defense costs of even one wage and hour claim.

In addition, any employer with a substantial workforce should have employment practices liability insurance as part of its risk management program. The risks are simply too high to go without it, and more often wage and hour litigation is an event that, given the potential exposure, turns into bet the company litigation.

It was another busy year for NH Department of Labor

The following are the 2012 Top Ten worst (most common) wage and hour violations in New Hampshire, along with tips on how to avoid these problems:

Recommendation: The list of approved deductions from wages expanded with the August 2011 amendment to state wage law which provided that, in addition to the list of specific deductions permitted, employers and employees can now agree on deductions for just about any reason. However, the deduction must still be based on the employee’s voluntary request and be for the employee’s (not the employer’s) benefit. These arrangements should be in writing before the deductions commence.

Recommendation: Make certain that all employees are paid at least the correct (current) minimum wage for all hours worked and any exceptions provided for in the law (e.g. special rates for student learners, tipped employees, etc.) are carefully reviewed and followed consistently. Employers should also note that New Hampshire no longer has its own minimum wage. New Hampshire now applies the federal minimum wage as the threshold wage in this state.

Recommendation: This is a big one and NHDOL rarely abates fines for these violations. Employers should not employ younger workers (ages 15 to 18) unless they strictly comply with these laws and regulations. Workers who are under age 16 cannot start work before securing the required parental certificates. Once these certificates are on file, these and older youth workers must be restricted in the number of hours, days of work and types of work established under state (and federal) law. Occupations, hours of work, days of work and working conditions are particularly limited for 15 and 16 year olds.

Recommendation: This is also known as the “bad weather rule”. This applies principally to hourly employees in the private sector. Employers should notify hourly employees when they are not needed at work on a particular day. If the notice is unsuccessful and the employee reports to work and his/her services aren’t required, the employer must pay the employee a minimum of two hours pay for reporting to work or put the employee to work and then pay for the hours worked. One exception is when the employee’s job or task requires less than two hours of work that day. The employee, in those cases, only needs to be paid for the time worked but this arrangement needs to be in writing in advance.

Recommendation: While this is commonly thought of as an issue involving federal law, many states, including New Hampshire, have laws prohibiting hiring or continuing to employ someone who is not a citizen of the United StatesOR someone who doesn’t have a valid work authorization. NHDOL audits involve inspections of I-9 forms and all supporting documents. These are required for all employees, not just those who are here on work visas. All employers therefore should be certain that all required paperwork is completed and in place before the employee starts work and in the case of foreign guest workers that the employee doesn’t continue to work beyond her/his visa/authorization’s expiration date.

Recommendation: After a change in the law this year, as of January 1, 2013 employers with fifteen (15) or more employees (used to be 5) need to have a joint loss safety committee to review and correct workplace safety problems. Also, employers, as of January 1, 2013, with 15 or more employees (used to be 10) must file a written safety plan with the state (NHDOL) and then file updates every two years. These reports can be filed with NHDOL electronically. Covered employers should check to be sure that their committee is organized, they properly maintain meeting minutes and their plans and reports are up to date.

Recommendation: This is an easy one. When employers hire employees, they need to put in writing the employee’s wage rate, pay period, pay date and a general description of fringe benefits. This applies to all employers in New Hampshire. When those terms change, the employer needs to put the change in writing. Employees need to sign an acknowledgment of receipt of these notices. Employers should keep copies of those signed notices in the employee’s personnel file. This comes up in every NHDOL audit and it is easily remedied.

Recommendation: Watch the clock and know what is due (for all hours worked) to your employees. Federal and state wage laws require that employers keep accurate time records for covered (hourly and salaried, non-exempt) employees. Time records must be kept for each day with the time work started, the time work ended and any bona fide meal breaks. These records must reconcile with pay check records and employers must pay all wages due based on those hours whether they were authorized in advance or not. Finally, remember that hourly and non-exempt employees must be paid for work breaks less than 20 minutes in duration.

Recommendation: Does the NHDOL really care if employees get a lunch break? Yes, but they care more about the proper payment of wages than rest or nutrition. As you know, employers in New Hampshire must permit employees to take a 30 minute (unpaid) meal break after five consecutive hours of work in a workday. Meal breaks must be recorded on daily time sheets just like the start and end time for all hourly and salaried non-exempt employees. Meal waivers are possible, but exceptions to those waivers must be noted on time records.

The issue with meal breaks is that if improperly handled employers could face the imposition of fines for not permitting the breaks as well as wage adjustment orders for unpaid overtime and other wage liabilities. If the NHDOL looks back at all of your covered employees for each work day over the last 18 to 24 months these fines and wage adjustments can really add up. This can be both expensive and unnecessary (because the employees likely took the breaks).

Be careful to avoid automatic meal deductions because NHDOL usually doesn’t consider that to be an accurate time record for each employee. Employers should also educate their employees about meal breaks and time keeping policies as well as train supervisors to monitor meal breaks, waivers and time records. Remember, while meal breaks can be unpaid, if employers don’t follow this law NHDOL says there’s no such thing as a free lunch! 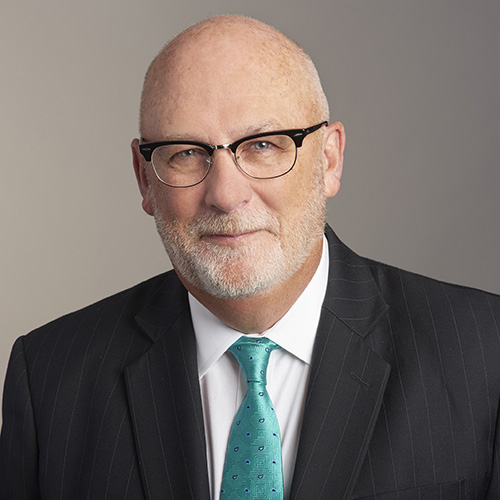